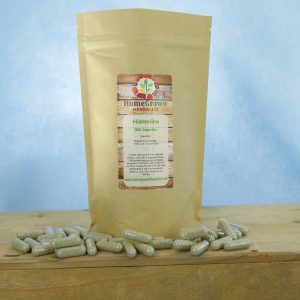 Only 2 left in stock

The Dispensatory of the United States of America, 1918, Edited by Joseph P. Remington, Horatio C. Wood and others. - Brigham Tea


Ephedra. Ephedra vulgaris Rich. (Fam. Gnetaceae.)—Nagai has extracted from this Japanese plant an alkaloid, ephedrine, which, according to Kinnossuke, produces in the lower animals acceleration of the pulse, with lowering of the blood pressure, elevation of the rectal temperature, dilatation of the pupils, convulsions, and death by arrest of the heart and respiration. (B. K. W., 1887.) Scriba found that a 10 per cent. solution dilates the pupil with certainty, in from forty to sixty minutes, without irritation, the dilatation not being complete, and the accommodation not at all or only slightly affected, and the pupils returning to normal in from five to twenty hours. An alkaloid has also been discovered in Ephedra distachya L., a shrub whose branches and root are used in Siberia as a remedy in gout and syphilis. According to Robert, this alkaloid is essentially different from, ephedrine, in not being mydriatic or poisonous. P. Spehr (A. J. P., 1892, 234) considers that E. vulgaris contains two alkaloids, ephedrine and pseudo-ephedrine, isomeric and of the formula C10H15ON, while E. monostachya contains a crystalline base melting at 112° C. (233.6° F.) and having the formula C13H19ON. This latter, as stated by Kobert, is not mydriatic or poisonous. See paper by E. Schmidt, A. Pharm., cd, 1912, Nos. 2 and 3, 154, 161. According to Gunsberg, pseudo-ephedrine is a powerful mydriatic, its 10 per cent. solution causing in fifteen minutes dilatation of the eye through excitement of the sympathetic nerve. Ephedra nevadensis S. Wats and E. antisyphilitica C. A. Meyer , which grow abundantly in the extreme Western United States, are used under the names of caynote, canutilo, whorehouse tea, as a remedy in gonorrhea. Loew thinks that their virtues reside in a peculiar tannin. Dose, of fluid-extract, from one to two fluidrachms (3.75-7.5 mils). In Texas E. trifurca Torr. is similarly employed.

The Family Herbal, 1812, was written by John Hill. - Eyebright


Botanical name: Euphrasia Plate 17.Euphrasia. A VERY pretty low herb common in our meadow, with woody stalks, and bright and little variegated flowers. It grows six or eight inches high. The stalks are round, thick, firm, and very hard; the leaves are flat, broad, and very deeply indented at the edges; and they are of a bright shining green. The flowers are little, and they are very bright; their ground colour is white, and they are streaked and spotted with black and some other dark colours. This plant has been always famous for dimness of sight, but whether experience warrants the character that is given of it is uncertain. The juice is very diuretic.

The Dispensatory of the United States of America, 1918, Edited by Joseph P. Remington, Horatio C. Wood and others. - Nettle Leaf


Urtica. Ortie brulante, Fr. Brennessel, G.—Various species of this genus (Fam. Urticaceae) are furnished with poisonous stinging hairs. Urtica gigas A. Cunn. (now Laportea gigas Wedd.), of Eastern Australia is said frequently to kill horses, and to produce in man a sting whose impression lasts for months. (N. R., 1875.) It has generally been thought that the virulence of the hairs is due to the presence of free formic acid (A. J. P., xxii), and David Hooper (P. J., April, 1887) has demonstrated the presence of formic acid, or a substance very closely allied to it, in the hairs of the Nilgiri nettle (Girardinia palmata Gaudich.). Nevertheless, it does not seem probable that formic acid is the poison. G. Haberlandt believes it to be a non-volatile albuminoid, and L. Renter has obtained from several nettles a glucoside. (A. J. P., Jan., 1890.) Oddi and Lomonaco (Rif. Med., April, 1892) isolated from the common nettle a crystalline alkaloid, and found that in mammals the extract acts powerfully upon the vasomotor system, and in frogs causes centric paralysis with diastolic cardiac arrest. U. dioica L., or common nettle, and U. urens L., or dwarf nettle, European plants naturalized in waste places to some extent in the United States, have been used in medicine as local irritants, as diuretics (A. J. P., 1866), and especially for the purpose of arresting uterine hemorrhage. The fluidextract may be given in doses of half a fluidrachm (1.8 mils) or a decoction of the strength of an ounce to a pint in teacupful doses. Under the name of brandol is marketed a preparation used in the treatment of burns and wounds; it is a liquid consisting of 93 per cent. infusion of urtica, 2 per cent. picric acid and 5 per cent. glycerin.

Ginseng and Other Medicinal Plants, 1936, was written by A. R. Harding. - Oregon Grape


Mahonia repens DRUG NAME—Berberis. OTHER COMMON NAMES—Rocky Mountain grape, holly-leaved barberry, California barberry, trailing Mahonia. HABITAT AND RANGE —This shrub is native in woods in rich soil among rocks from Colorado to the Pacific Ocean, but is especially abundant in Oregon and northern California DESCRIPTION OF PLANT—Oregon grape is a low-growing shrub, resembling somewhat the familiar Christmas holly of the Eastern states, and, in fact, was first designated as "mountain-holly" by members of the Lewis and Clark expedition on their way through the western country. It belongs to the barberry family (Berberidaceae), and grows about 2 to 6 feet in height, the branches sometimes trailing. The leaves consist of from 5 to 9 leaflets, borne in pairs, with an odd leaflet at the summit. They are from 2 to 3 inches long and about 1 inch wide, evergreen, thick, leathery, oblong or oblong ovate in outline, smooth and shining above. the margins provided with thorny spines or teeth. The numerous small yellow flowers appear in April or May and are borne in erect, clustered heads. The fruit consists of a cluster of blue or bluish purple berries, having a pleasant taste, and each containing from three to nine seeds. OTHER SPECIES —While Berberis aquifolium is generally designated as the source of Oregon grape root, other species of Berberis are met with in the market under the name grape root, and their use is sanctioned by the United States Pharmacopoeia. The species most commonly collected with Berberis aquifolium is B. nervosa Pursh, which is also found in woods from California northward to Oregon and Washington. This is 9 to 17 inches in height, with a conspicuously jointed stem and 11 to 17 bright-green leaflets. Another species of Berberis, B. pinnata Lag., attains a height of from a few inches to a feet, with from 5 to 9, but sometimes more, leaflets, which are shining above and paler beneath. This resembles aquifolium very closely and is often mistaken for it, but it is said that it has not been used by the medical profession, unless in local practice. The root also is about the same size as that of aquifolium, while the root of nervosa is smaller. Some works speak of Berberis repens Lindl. as another species often collected with aquifolium, but in the latest botanical manuals no such species is recognized, B. repens being given simply as a synonym for B. aquifolium. DESCRIPTION OF ROOTSTOCK—The rootstock and roots of Oregon grape are more or less knotty, in irregular pieces of varying lengths, and about an inch or less in diameter, with brownish bark and hard and tough yellow wood, showing a small pith and narrow rays. Oregon grape root has a very bitter taste and very slight odor. COLLECTION, PRICES AND USES—Oregon grape root is collected in autumn and brings from 10 to 12 cents a pound. The bark should not be removed from the rootstocks, as the Pharmacopoeia directs that such roots be rejected. This root has long been used in domestic practice thruout the West as a tonic and blood purifier and is now official in the United States Pharmacopoeia. The berries are used in making preserves and cooling drinks.