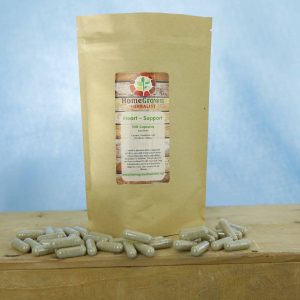 
Botanical name: Crataegus The ripe fruit and bark of (1) Crataegus Oxyacantha, Linné, and (2) other species of Crataegus. (Nat. Ord. Rosaceae) 1. England and other parts of Europe and in Central and Northern Asia; 2. America. Common Names: (1) English Hawthorn, May; (2) Haw, Red Haw, Hawthorn, Thorn. Principal Constituents.—The fresh bark contains a water soluble, crystallizable, bitter body little soluble in alcohol. The flowers of the English hawthorn contain trimethylamine (N[CH3]3), a circulatory depressant. Preparation.—Specific Medicine Crataegus. Dose, 5 to 60 drops. Specific Indications.—Tentatively the indications for crataegus may be stated thus: Cardiac weakness, with valvular murmurs, sighing respiration, or other difficult breathing, especially when associated with nerve depression or neurasthenia; mitral regurgitation, with valvular insufficiency; cardiac pain; praecordial oppression; dyspnea; rapid and feeble heart action; marked anemia, associated with heart irregularity; cardiac hypertrophy; and heart-strain, due to over-exertion or accompanying nervous explosions. Action and Therapy.—The bark, fruit and leaves of several species of the genus Crataegus have in the past been used as astringents and tonics. Though a well-known wild shrub of thickets and commonly cultivated hedge and ornamental plant, the English hawthorn seems to have largely escaped the exact investigators of medicinal plants until a quite recent date. In fact, crataegus is one of the most recently introduced medicinal agents of plant origin. Furthermore, it is distinctive in occupying almost wholly a position in cardiac therapy, though recognized to some extent as a general tonic. Investigators are divided as to its activity, some claiming it only as a functional remedy, while others go so far as to claim it curative of many heart irregularities, even in the presence of an actual organic disease of that organ. Among the conditions in which crataegus is accredited with good work are angina pectoris, endocarditis, myocarditis, and pericarditis, valvular incompetency with or without enlargement of the rings, rheumatism of the heart, dropsy depending on heart disorders, neuralgia of the heart, tachycardia, and in atheromatous conditions of the vessels. The exact indications are as yet none too well determined, enthusiastic admirers of the drug having unwittingly overestimated its power. There is no doubt, however, of its value in many of the conditions mentioned, especially the functional types; and there can be no question as to its value as a tonic to the heart-muscle. It is not poisonous, has no cumulative effect, and apparently from reports of a large number now using it, may be useful to control many of the symptomatic results depending upon a badly functionating or tired heart. Crataegus has been suggested to rest that organ and thereby guard against arteriosclerosis. It is a new remedy still on trial; and as yet with no rational explanation of its reputed powers. The smaller doses are suggested as more likely to succeed than full doses.


Dandelion. DIURETIC, Ton IC, APERIENT, AND HYDRAGOGUE. For dropsy—to correct the liver and digestive organs. LEoNToDoN TARAxAcuM. Folia, Radia. The leaves and root. Calya, double. Receptacle, naked. Pappus, stipitate, plumose. Scape, one-flowered. Leaves, runcinate. This plant is naturalized, and is a genus of five species indi genous to Europe. The leontodon is a perennial, herbaceous plant, with a fusi form root. The leaves are long, pinnatifid, runcinate, with toothed divisions, smooth, and of a dark green color. The flower stem rises six or eight inches high, or more, from the midst of the leaves. It is naked, erect, simple, smooth and hol low, and terminates by a large yellow flower, which closes at night and expands in the morning. The calx is double, smooth, with the outer scales bent downwards. The florets are ligu late, numerous and toothed at their extremities. The Recepta cle is punctate and convex. The seed-down stipitate and at maturity is so light and feathery as to be easily blown away with the least breath of air with the seeds attached, and is thus transplanted from one soil to another. The plant has a milky, bitterish juice, diffused throughout all its parts which exudes, when it is wounded. When very young the leaves are blanch ed or beautifully white. A full grown and fresh root is fre quently more than a foot long and as thick as the little finger. MATERIA MEDICA, 665 slender, round and tapering, full of a milky, bitterish juice, of a brown color outwardly, but white within, having a cord run ning through the centre. . When dry, it is much wrinkled, shrunk and brittle, and on being broken presents a shining, re sinous fracture. It has a sweetish-bitter, herbaceous taste. It yields its medical properties to boiling water. Medical uses.—The dandelion is diuretic, tonic, and aperi ent, and has a direct action upon the liver and kidneys, excit ing them, when languid, to action. It is most applicable to he patic diseases, and derangement of the digestive organs gene rally. In chronic inflammation of the liver and spleen, in cases of deficient biliary secretions, and in dropsical affections of the abdominal viscera, it is capable of being very beneficial, if pro perly applied. From experience we can speak decidedly in its favor. It is usually given in the form of extract, decoction, or SWrup. '.ounces of the green root, or two of [the dry, may be boiled in a quart of water, down to a pint, and a wineglassful be given six or eight times a day. SYRUP of DANDELIons.—For Dropsy or Stranguary. Take of fresh gathered dandelions, root and top, one pound, (or if dry, two pounds) of dwarf elder, green, two pounds, (or if dry, a pound and a half) one pound each of green strawberry and peach leaves, of green parsley, root and top, half a pound; bruise all these articles thoroughly, and put them into four gal lons of water, and simmer them down to three. Strain off and sweeten with good sugar, put it into a clean kettle and simmer till the scum rises and then remove it. Then take half a pound of pumpkin seeds, three fourths of a pound of water melon seeds, four ounces of juniper berries, and two ounces of bitter root; pulverize fine and add them to the syrup when it com mences to boil, which it should continue to do for about five minutes after they are added; then set off, skim it, and add one gallon of the best Holland gin. Tose, from a fourth to a glass, several times a day. If this does not start the water, it is doubtful whether any thing will. It is a powerful hydragogue, diuretic, diaphoretic, and moderately stimulant. It will operate more effectually, if the patient be in bed, and perspiration excited by taking stimu lants, and by having at the feet a steaming stone or jug of hot water. While under this operation, great care should be taken to prevent catching cold

Sturtevant's Edible Plants of the World, 1919, was edited by U. P. Hedrick. - Ginkgo


aloba Ginkgo biloba Linn. Coniferae. Ginko. Maiden-Hair Tree. China and Japan. The fruit of the ginko is sold in the markets in all Chinese towns and is not unlike dried almonds, only whiter, fuller and more round. The natives seem very fond of it, although it is rarely eaten by Europeans. In Japan, the seeds furnish an oil used for eating and burning. The fruit of the maiden-hair tree is called in China pa-kwo. The Chinese consume the nuts of this tree at weddings, the shells being dyed red; they have a fishy taste. This tree is largely cultivated as an ornamental in Europe, Asia and North America.

A Manual Materia Medica Pharmacology. Comprising All Organic And Iinorganic Drugs Which Are Or Have Been Official In The United States Pharmacopia by David M. K. Culbreth, Pn.G., M.D. 1917 - Cayenne