The heart pumps blood through a network of arteries, veins, and capillaries. Moving blood pushes against the walls of the arteries and this force is measured as blood pressure.

High blood pressure is caused by a narrowing of very small arteries called “arterioles” that regulate blood flow in the body. As these arterioles narrow (or contract), the heart has to work harder to pump the blood through a smaller space, and the pressure inside the blood vessels increases. Our Blood – Pressure H Formula simply helps support the natural normal state of arterioles


Botanical name: Crataegus Crataegus laevigata The ripe fruit and bark of (1) Crataegus Oxyacantha, Linné, and (2) other species of Crataegus. (Nat. Ord. Rosaceae) 1. England and other parts of Europe and in Central and Northern Asia; 2. America. Common Names: (1) English Hawthorn, May; (2) Haw, Red Haw, Hawthorn, Thorn. Principal Constituents.—The fresh bark contains a water soluble, crystallizable, bitter body little soluble in alcohol. The flowers of the English hawthorn contain trimethylamine (N[CH3]3), a circulatory depressant. Preparation.—Specific Medicine Crataegus. Dose, 5 to 60 drops. Specific Indications.—Tentatively the indications for crataegus may be stated thus: Cardiac weakness, with valvular murmurs, sighing respiration, or other difficult breathing, especially when associated with nerve depression or neurasthenia; mitral regurgitation, with valvular insufficiency; cardiac pain; praecordial oppression; dyspnea; rapid and feeble heart action; marked anemia, associated with heart irregularity; cardiac hypertrophy; and heart-strain, due to over-exertion or accompanying nervous explosions. Action and Therapy.—The bark, fruit and leaves of several species of the genus Crataegus have in the past been used as astringents and tonics. Though a well-known wild shrub of thickets and commonly cultivated hedge and ornamental plant, the English hawthorn seems to have largely escaped the exact investigators of medicinal plants until a quite recent date. In fact, crataegus is one of the most recently introduced medicinal agents of plant origin. Furthermore, it is distinctive in occupying almost wholly a position in cardiac therapy, though recognized to some extent as a general tonic. Investigators are divided as to its activity, some claiming it only as a functional remedy, while others go so far as to claim it curative of many heart irregularities, even in the presence of an actual organic disease of that organ. Among the conditions in which crataegus is accredited with good work are angina pectoris, endocarditis, myocarditis, and pericarditis, valvular incompetency with or without enlargement of the rings, rheumatism of the heart, dropsy depending on heart disorders, neuralgia of the heart, tachycardia, and in atheromatous conditions of the vessels. The exact indications are as yet none too well determined, enthusiastic admirers of the drug having unwittingly overestimated its power. There is no doubt, however, of its value in many of the conditions mentioned, especially the functional types; and there can be no question as to its value as a tonic to the heart-muscle. It is not poisonous, has no cumulative effect, and apparently from reports of a large number now using it, may be useful to control many of the symptomatic results depending upon a badly functionating or tired heart. Crataegus has been suggested to rest that organ and thereby guard against arteriosclerosis. It is a new remedy still on trial; and as yet with no rational explanation of its reputed powers. The smaller doses are suggested as more likely to succeed than full doses.


Botanical name: Ginkgo biloba Ginkgo biloba Linn. Coniferae. Ginko. Maiden-Hair Tree. China and Japan. The fruit of the ginko is sold in the markets in all Chinese towns and is not unlike dried almonds, only whiter, fuller and more round. The natives seem very fond of it, although it is rarely eaten by Europeans. In Japan, the seeds furnish an oil used for eating and burning. The fruit of the maiden-hair tree is called in China pa-kwo. The Chinese consume the nuts of this tree at weddings, the shells being dyed red; they have a fishy taste. This tree is largely cultivated as an ornamental in Europe, Asia and North America.

A Manual Materia Medica Pharmacology. Comprising All Organic And Inorganic Drugs Which Are Or Have Been Official In The United States Pharmacopia by David M. K. Culbreth, Pn.G., M.D., 1917 - Valerian

The Family Herbal, 1812, was written by John Hill. - Cayenne


Botanical name: Capsicum annuum Capsicum. Also see: Black Pepper - White Pepper - Long Pepper - Jamaica Pepper - Guinea Pepper. A common plant in our gardens, distinguished by its large scarlet pods. It grows a foot and a half high. The stalk is angulated, thick, and green, tolerably erect, and branched. The leaves stand irregularly, and are longish, pretty broad, and of a deep green colour. The flowers are moderately large and white, with a yellow head in the middle: they grow at the divisions of the branches. The fruit follows, and is an inch and a half long, an inch thick, and biggest at the base, whence it grows smaller to the point: the colour is a fine red, and its surface is so smooth, that it looks like polished coral: it is a skin containing a quantity of seeds. The fruit is the part used. Held in the mouth it cures the tooth-ach; for its heat and acrimony are greater than in pellitory of Spain, and it fills the mouth with water. Applied externally, bruised and mixed with honey and crumbled bread it is good for a quinsy. 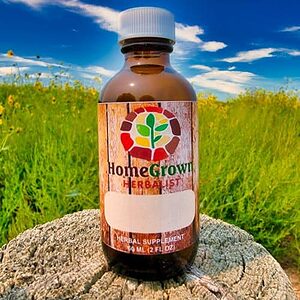